A Darker Shade of Magic

A Darker Shade of Magic

A Darker Shade of Magic is an adult fantasy book by V. E. Schwab. It is the first installment of the Shades of Magic trilogy.

Kell is one of the last Antari—magicians with a rare, coveted ability to travel between parallel Londons; Red, Grey, White, and, once upon a time, Black.

Kell was raised in Arnes—Red London—and officially serves the Maresh Empire as an ambassador, traveling between the frequent bloody regime changes in White London and the court of George III in the dullest of Londons, the one without any magic left to see.

Unofficially, Kell is a smuggler, servicing people willing to pay for even the smallest glimpses of a world they'll never see. It's a defiant hobby with dangerous consequences, which Kell is now seeing firsthand.

After an exchange goes awry, Kell escapes to Grey London and runs into Delilah Bard, a cut-purse with lofty aspirations. She first robs him, then saves him from a deadly enemy, and finally forces Kell to spirit her to another world for a proper adventure.

Now perilous magic is afoot, and treachery lurks at every turn. To save all of the worlds, they'll first need to stay alive.

Part I: The Traveler[]

On October 31, 2017, a special collector's edition of A Darker Shade of Magic was released.

On February 3, 2016, it was announced that Gerard Butler's production company G-BASE have acquired rights to adapt the book as a limited TV series.[1] However, a year later, on February 24, 2017, it was reported that a movie would be produced instead.[2]

On October 3, 2019, the movie's screenwriter was announced: Derek Kolstad, the creator of the John Wick franchise.[3] 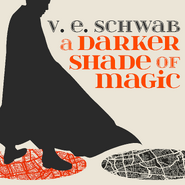 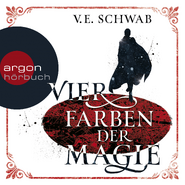 "I could see the below cover working well on the paperback edition, but I was more excited about the stylization on the final for the hardcover."

"This is a beautiful cover but not as unique to this stroy [sic] as the final one we chose."

"The below cover was, again, great looking but I worried that it was starting to look a bit like a horror novel; a little 'jack the ripper' with the veins."

"First up... I loved Kell's map-jacket but ultimately thought this one was just a little too YA-looking for the book."

Português do Brasil
Community content is available under CC-BY-SA unless otherwise noted.
Advertisement